Back to all posts

'Chasing the Sun' Finds Its Luminance!

It's been two months since we released our fourth album, Chasing the Sun, and we are gobsmacked by the kind words and reception this body of work has received! We debuted in August with the #1 Song ("Daughters of the Dust") on both the Folk DJ Chart and the Roots Music Report! The album, as a whole, recently hit #1 on the Roots Music Report, and it debuted at #4 on the Folk DJ Charts! HOLY COW! In addition, we've had some glowing reviews, as well as songs and videos from the album featured on the worldwide web, including on New Folk Initiative, Brooklyn Roads, NY Music Daily and Adobe and Teardrops.

We're also doing some radio in-studio appearances! We had a blast last month with Joltin Joe (and Slimey Sue) of The Eclectic Trainwreck on WNTI.org and Radio Nowhere at Bluesandrootsradio.com. (This interview was recorded live from the Philadelphia Folk Festival.) We also chatted and performed on Ron Olesko's show, Traditions, at WFDU recently (simulcast on Folk Music Notebook.org). Coming up, we are humbled to be featured by John Platt next weekend on WFUV's Sunday Supper! Please mark your calendars for that and listen anywhere in the world on Sunday, October 6 at 5:00pm EST at www.wfuv.org.

We have more good things coming, so keep up to date by signing up for our mailing list and by "liking" us on Facebook and Twitter. Lastly, don't forget to request Chasing the Sun when listening to your local folk/Americana radio programs!

PS, Here's a picture taken by our friend Ron Olesko of our in-studio appearance at WFDU on September 15th. (Thanks, Ron!) 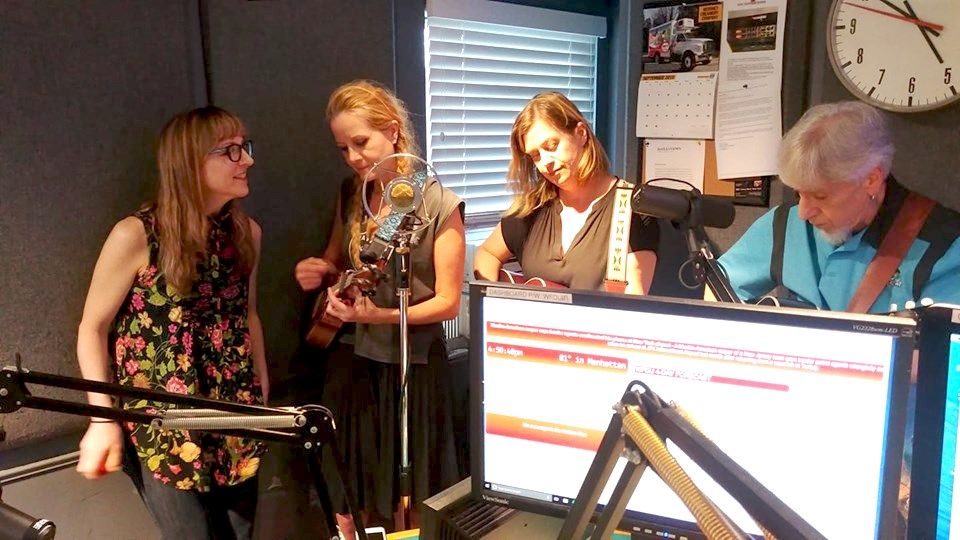